‘Without a Home: Voices of the Unheard’ with Talent Match London

The 1st November 2018 proved to be a most exciting evening for Rinova’s Talent Match London team and their Youth Board, as they unveiled their documentary ‘Without a Home: Voices of the Unheard’ at Hampstead Town Hall. The documentary explores the issue of youth homelessness and its effects on mental health and is reported by young people sharing their experiences as well as by professionals working in the sector.

The issues and complications which homelessness can cause can be clearly illustrated in programmes such as Talent Match which focus on young people with complex needs and it was these issues the young people were so determined to highlight.  The film explores the contradiction of a situation where young people living in hostel or temporary accommodation are not being seen as being ‘hidden’ NEETs and therefore not being considered a high priority for some programmes. 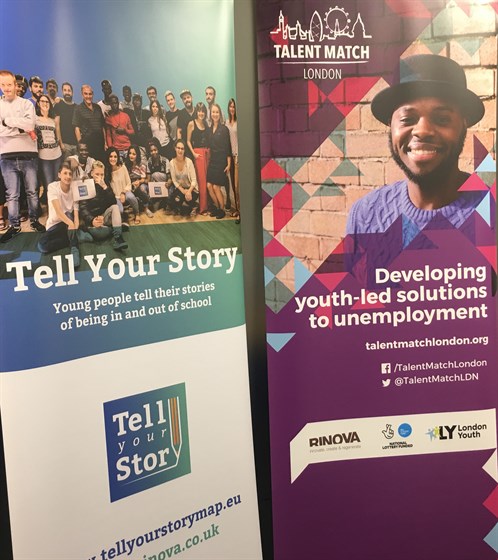 The film also looks at the demoralising situation many of these young people find themselves in when faced with high rents that prevent them from taking on temporary or part-time work to improve their long term progression. One recent and welcome development in policy that has occurred very recently is the change in criteria for being recognised as a ‘hidden NEET’, which has recently been extended to include those living in temporary/hostel accommodation.

Donna Pollard, Project Manager of Rinova’s Talent Match London programme reflected on this by saying “working with a number of hostels in the boroughs, we realised that Talent Match was ideally suited to support young people in such situations, providing much needed practical and financial support to those trying to move into employment and working also with those who are at an earlier stage of their journey. These young people have many complex issues, so I am happy they are now considered hidden even though they are in receipt of benefits.  It now means that maybe some more services will be put in place to assist these amazing young people to become independent and find a place to call home”.

It was also fitting that the documentary was shown at Hampstead Town Hall, home of WAC Arts and WAC Arts College, with whom Rinova has worked since the company was formed and its staff have a link that goes back some two decades in a number of projects that have supported young people that have been alienated by and excluded from traditional educational inclusion.

Pictured below; Just some of the guests mingling after viewing the film documentary screening at Hampstead Town Hall. 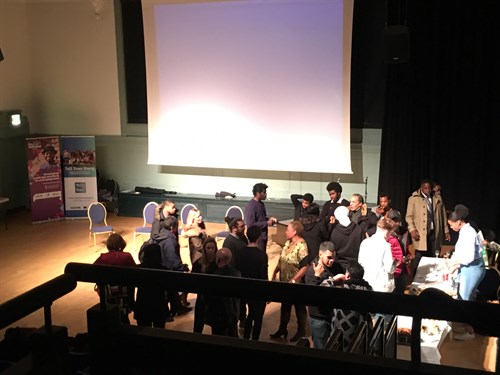 It is the hope of the Rinova Talent Match London team, Youth Board and participants that ‘Without a Home, Voices of the Unheard’ will become part of the project’s legacy and be shared and viewed by charities, youth clubs, schools, and community centres – raising awareness on issues our young people deal with on a daily basis.  As one Youth Board representative put it “If it manages to stop one parent from making their child homelessness or stops a young person from leaving home without a plan then it has done its job and maybe in some small way and over time, it will highlight the need for change insome se rvices and attitudes'”

At the core of the Talent Match programme is a ‘journey of change’ that means that getting to the end goal takes a ‘stepping stone’ approach and a desire to overcoming the barriers that young people face.  All of us at Rinova are exceptionally proud of the team that put this video together and all those who were brave enough to share their stories. 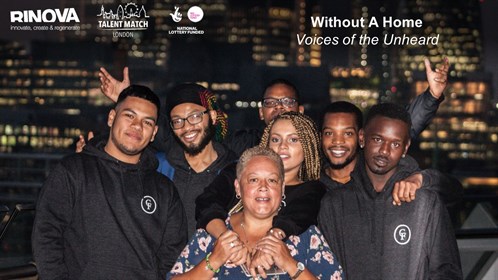 Talent Match is a 5-year programme, funded nationally by the Big Lottery and led in London by London Youth.

Click here  to watch a clip of ‘Without a Home: Voices of the Unheard’. If you would like to access the whole documentary, email Sami Atif of Rinova at  s.atif@rinova.co.uk to help us raise further and wider the issues addressed.