Big Bang ends with a bang!

There was barely a spare seat at the final conference of the Big Bang project, which was held at the Osmani Centre in Whitechapel, London, on the 11th September. 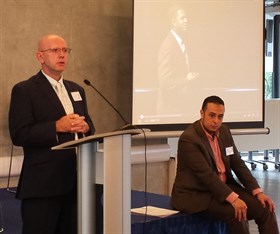 Big Bang is an international project funded by the European Union’s Lifelong Learning programme, which is co-ordinated by Rinova, working with 15billion as the lead organisation and with partners VMST (Iceland), APS (Netherlands), Onageb (Spain) and die Berater (Austria). Over the last two years, the project has been exploring the extent to which mismatches between the ‘culture clash’ of work, school and ‘local or street’ culture is one factor amongst many that are contributing to long-term youth unemployment across Europe.

During the first half of the conference, delegates heard from Ilias El Hadioui of Erasmus University from the Netherlands (pictured above right, seated, with Richard Parkes, Director of Rinova), whose published work on the ‘clash’ between cultural norms at school, at home and on the ‘street’ was one of the original inspirations behind the project.  Ilias presented his latest thoughts on the issue, including the need for schools and educational institutions to adopt a ‘transformative’ culture to better prepare young people for the future. 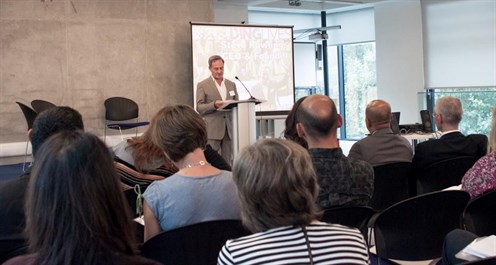 This was followed by an entertaining presentation from Steve Rawlings of Building Lives Training Academies. Steve (pictured left) was born and brought up locally to the venue in East London and talked about his upbringing and how young people of his generation found ways forward into employment through the kind of networks and pathways that have largely disappeared. Having built and grown a successful construction company, one that now turns over more than £300m and employs some 4,000 people, Steve was inspired by his own upbringing and the plight of many young people to develop a new approach to recruiting and supporting young people into the construction industry. 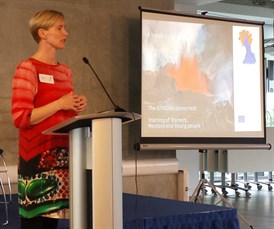 During the second half of the conference, delegates were able to hear more about the Big Bang project itself, including the work undertaken in Iceland and Austria by speakers from VMST and die Berater respectively.

The event concluded with an inspiring speech from Adrian Whyte – a local young person from London’s East End who, following support from 15billion, had made the succesful transition to employment.

(Pictured:  Soffia Gisladottir from the Icelandic Directorate of Labour (VMST) talks of Big Bang in Iceland – and volcanoes (!)- to the conference (above, right), and Adrian Whyte provides a young person’s perspective with the final presentation of the day (below). 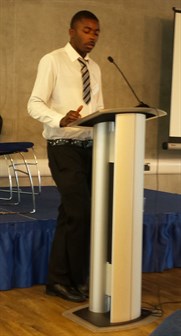 Attendees also received a delegate pack with demonstration copies of some of the products that have been developed by Big Bang – such as a Practice Guide for Employability advisers, and a framework of competencies or practitioners who are working to bridge the ‘culture clash’ that has been identified in expectations between young people and employers.  The pack also contained a briefing paper with a round-up of relevant domestic and European publications, policy initiatives and programmes.

The project is now nearing its end, and the partners are putting the final touches to the products that will continue to be disseminated to partners and stakholders through their work.  In addition, the Big Bang website, where relevant products and information can be obtained, will be maintained for at least two years from the project’s official close on the 30th September.  The partners will also be publishing a newsletter to conclude the project, which will be available for download from the website later this month.

A number of the partners are also involved in discussions to consider how the outcomes of Big Bang can be developed further, in the context of EU programmes such as Erasmus+ or other international programmes.

The conference capped a busy day for Rinova staff, who had been part of hosting a delegation earlier that day that included the UK and French Ministers for Europe, during which they were also able to talk about the challenges faced by organisations in the UK that are working to tackle high levels of youth unemployment. 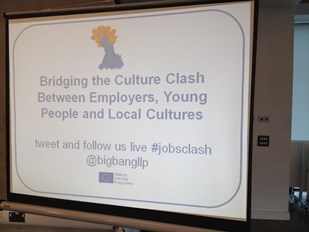