We are delighted to announce Aspire2create – a new international venture for trainers in the cultural and creative industries.  The Aspire2create application was designed by Rinova, which is also acting as the management co-ordinator for the project, and is led by Collage Arts.

Euro-Aspire  was a European Leonardo da Vinci Development of Innovation project, which ran for two years until the end of 2011. It set out to identify and specify the competencies of trainers that work in a ‘hidden’ and unrecognised profession – the non-formal learning sector in the cultural industries.

The result of the project was the creation of an innovative competency framework for these trainers and the project also produced an entertaining animation to explain the framework, which is available here. 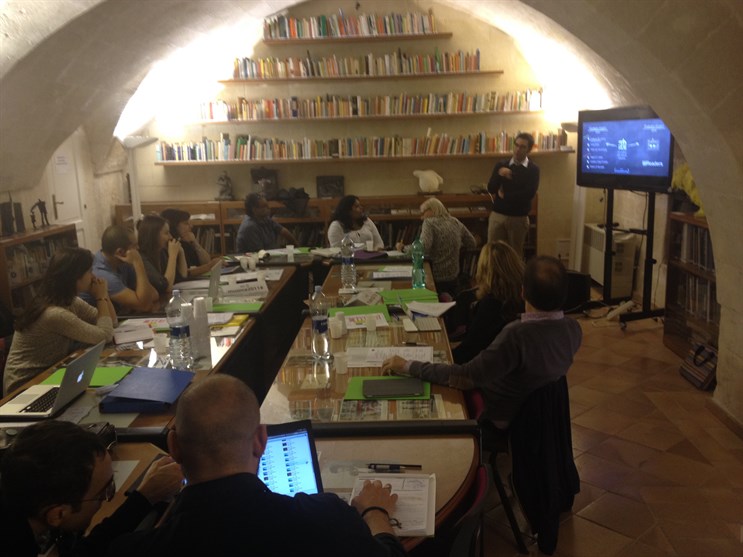 Pictured above:  Paolo Montemurro of Materahub, which hosted the kick-off meeting, presents his organisational profile to the Aspire2create partners in Matera.

Since then, Rinova and Collage Arts have developed the Aspire concept in a number of ways, including through the high-performing Skills Funding Agency programme aspire2.be in London, which is providing training and access to apprenticeships for young unemployed people aged 16-19, and an innovative mobility programme for creative apprentices, Euro-Aspiremobility.

The latest development is Aspire2create – a new Leonardo da Vinci Transfer of Innovation project, which is taking the experience of the previous Euro-Aspire project and is testing it over the next two years with new partners in Slovakia (Regional Development Agency Senec-Pezinok), Italy (Materahub), Estonia (Kau Academy) and Croatia (Association Prostor Plus).

The new project’s launch meeting in November was hosted by our Italian partner, Materahub, in Matera – one of the oldest inhabited cities in the world, with a UNESCO World Heritage site at its centre (pictured below). 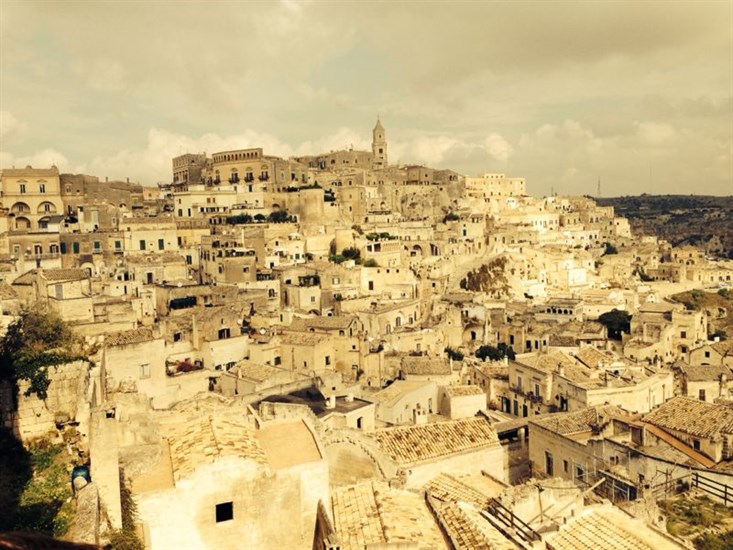 This project has been funded with support from the European Commission. This communication reflects the views only of the author, and the Commission cannot be held responsible for any use which may be made of the information contained therein