Vocational mentoring in the arts

Talent Matching Europe (TME) is a new international partnership for tutors and trainers who are supporting young people to gain access to careers in Europe’s cultural and creative industries. It was developed by Rinova and is funded by the European Union’s Erasmus+ programme until August 2018.

Taking its inspiration from Talent Match London – the 5-year Big Lottery-funded programme in the UK, led by London Youth and operated in North London by Collage Arts and Rinova, the project is focused on the development of the new skills needed for an emerging occupation in the sector – the ‘vocational mentor in the arts’.  This role is being undertaken by practitioners who work with companies, employers and commissioners from the cultural sector on the one side; and young talented people who would like to access work or careers in the sector on the other. It also connects with educational and vocational training organisations to bring all the parties together.

The partners kicked of the project at a two-day launch event in London in February, at which the transnational partners were able to learn more about Talent Match in London. They were also able to plan out the initial phase of the project and to consider how to build on relevant collaborations that most of them had recently completed, such as aspire2create and ECLN. 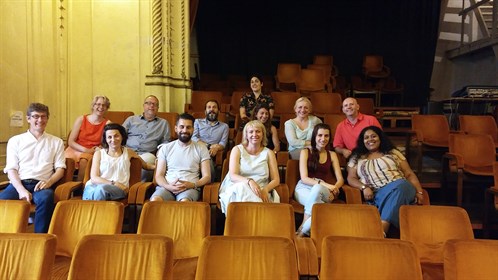 On the 30th June and the 1st July, the partners held their second meeting in Rijeka, Croatia, which has recently been selected  as the European Capital of Culture (ECoC) for 2020. Project representatives met the acting Director of the ECoC programme and explored how TME may be able to assist with its capacity-building aspirations. The partners also explored the results of their respective national programmes of research and considered how to develop the profile and competences required for the vocational mentor in the arts, which is the next stage of the project.

Pictured above:  Members of the Talent Matching Europe partnership at the second partnership meeting at the Filodrammatica theatre in Rijeka on the 1st July.

The next meeting will be held in Barcelona in February 2017, which will also host an interim conference with local audiences about the project.  Both Collage Arts and Rinova are also holding events in London to ‘spread the word’ over the summer. You can find out more about these events, and stay in touch with the project through its recently-launched website, as well as following the Talent Matching Europe twitter feed on #talentmatching or @aspire2createEU or link up with the project’s Facebook pages. 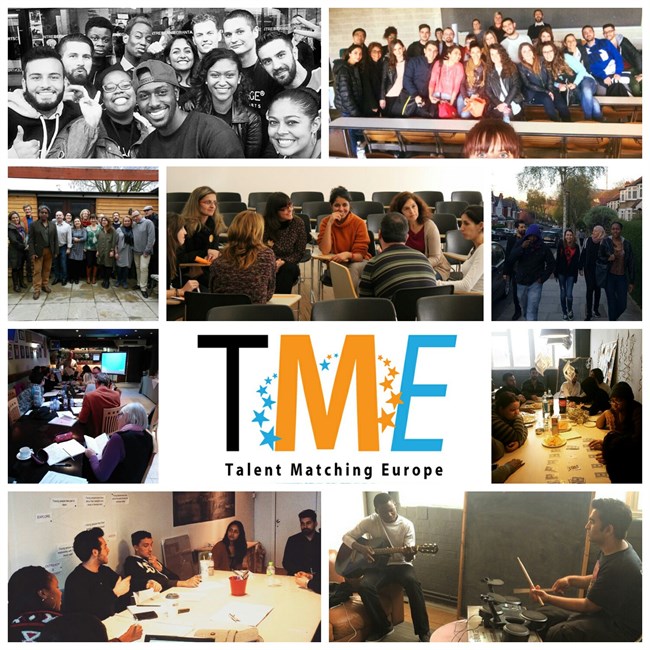