Supporting Refugee and Migrant Women in the Labour Market

In 2017, the EU was home to 21.6 million third-country nationals, 4.2% of the total population. The increased diversity from migration brings great opportunity and potential to a country, however the gap between the outcomes of migrants and EU citizens in the areas of employment, education, social inclusion and active citizenship demonstrates multiple issues, with female migrants and refugees facing a double disadvantage.

Although a diverse, heterogeneous group, migrant female unemployment and social exclusion remains a great socioeconomic challenge for most European countries.  The gap between employment of non-EU born women versus native women is 8 percentage points larger than the gap among men and on average there is a 24% difference between male and female employment rates when it comes to non-EU citizens in the 28 EU-countries.

Analysts identify a number of factors linked to these statistics and it is clear that to realise the potential of migration, strong strategy and practice around integration, linked to these issues, is crucial. 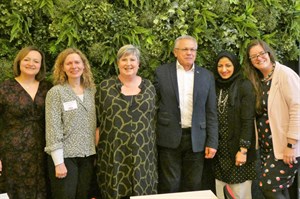 Igma is a methodology used to address the needs of those with a longer distance to travel in the labour market. It is based upon a desire to better coordinate the services being offered through multi-organisational approaches that ensure services are tailored to the needs of the individual. Igma had been developed and tested previously with different groups in the labour market in earlier projects.

Given Rinova’s core value of the effectiveness of multi-agency working to improve services, in 2016 Rinova joined a consortium of European organisations in the Erasmus+ Igma Femina project, to specifically address the challenges of refugee and migrant women in relation to work and education.

This lastest Igma project has also focused on issues specific to migrant and refugee women, such as the women having a lack of formal qualifications, skills and experience often having been gained through informal routes. 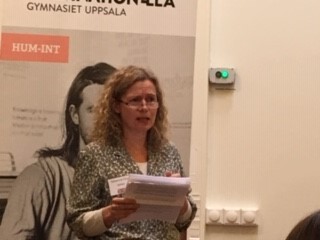 Rinova presented the highlights of these guidelines at the project’s final conference in Uppsala, Sweden in May 2019. Over the life of the project each partner has undertaken substantial country research linked to migrant women’s experience.  This, along with other research into European strategy, has fed into the production, by Rinova, of guidelines for an integration strategy that has a gender sensitive approach.

These guidelines can be found on the project website at https://igmafemina.dimitra.gr/en/. A related  article can be found at here.

Other outcomes of the project include the writing and piloting of a curriculum to support those working with refugee and migrant women (including introducing a gender-sensitive approach to their work) and the production of 6 project newsletters by Rinova, all of which can be found on the project website as above.

The European Commission support for the production of this communication does not constitute an endorsement of the contents which reflects the views only of the authors, and the Commission cannot be held responsi­ble for any use which may be made of the information contained therein.