Riot from Wrong at the House of Commons 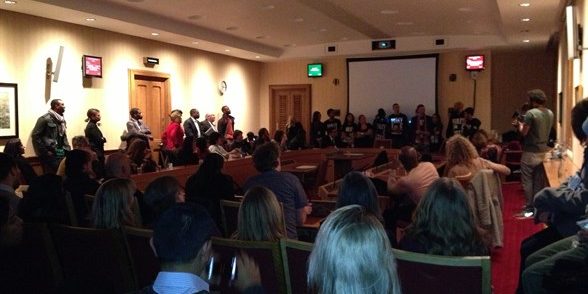 Lord Roberts of Llandudno hosted a screening of critically-acclaimed documentary Riot From Wrong, sponsored by Rinova, to a packed audience at the House of Commons on the 6th November, which included MPs such as David Lammy, Tessa Jowell and Karen Buck.

Described as ‘A vital social document for our times’, Riot from Wrong has been hosting packed out screenings across London, and well over 300,000 people have viewed the Official Trailer, which you can view here: http://youtu.be/dXPfpJ4fo68

The film, made by 14 young film makers from Fully Focused Productions, features some breath-taking footage of the events that led to the social unrest in London in August 2011 and which rapidly spread across the country.

Richard Parkes of Rinova said “We were inspired to support and sponsor ‘Riot from Wrong’ because it seemed to me that the ‘deeper conversation’ about the causes of the disturbances that the young filmakers are seeking has been missing from so much mainstream commentary – yet our work and especially that of our Consortium partners is concerned with the deeper issues faced by young people every day of the week.  In relation to employment and training, at least, these issues certainly havent got any easier since last year and we should all be concerned about the talk of a ‘lost generation’ in the UK and in Europe“.

Riot from Wrong has been attracting a huge following – just some of the reception it has received can be seen from the quotes below:

‘This film breaks the mold of conventional perceptions peddled by the mainstream media. It is set to become an historic and definitive document. A resource which should be viewed by all those who care about the restoration of an inclusive and effective democracy.’  Michael Mansfield QC

‘One thing I learned from Riot From Wrong is that 14 young people can get closer to the truth than 90% of working journalists’.  Dan Hancox – Author, Kettled Youth – Journalist, Guardian

Informative and balanced portrayal of last summers events – should be seen by a wider audience. Well done to all the young people who worked so hard on this well made documentary.’ Ginny Lunn – Director of Policy and Strategy, Princes Trust

‘It was a very impressive film and demonstrated a unique insight into some of the causes of the riots. These young people could be the leading documentary makers of the future!‘ Ayshea Buksh – Reporter, BBC London News

The best & most articulate portrayal of the reasons behind the riots that I’ve seen’. Amy Spiller, Media Trust 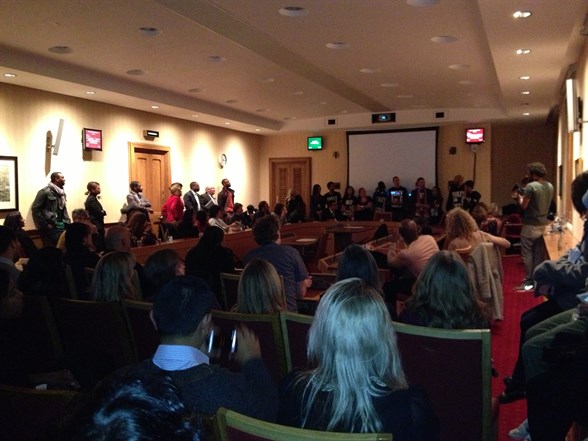 Pictured above:  Standing room only at the Committee Room screening of ‘Riot from Wrong’ at the House of Commons on the 6th November.