We are delighted to announce that Rinova Ltd has been appointed as the UK partner and London representative of Metropolisnet.

Founded in 1998, Metropolisnet was established to develop and implement local strategies for employ­ment and social inclusion in European cities, promoting employment and social cohesion in large cities and urban areas as well as exchanging information, experience and know-how.

Operating initially as a network, incorporating cities from Germany, Italy, Austria, Ireland, Finland and the UK (previously the London Borough of Haringey), Metropolisnet became officially constituted as a European Economic Interest Grouping (EEIG) in 2009. It therefore participates in European projects in its own right, as well as faciliating those amongst its members.

Following its successful co-operation with Metropolisnet member gsub MbH in the European Youth Enterprise Initiative partnership, Rinova was recommended for membership and adopted by the Metropolisnet General Assembly. Dr. Reiner Aster, Chairman of Metropolisnet said “we are delighted to welcome Rinova Ltd as our latest member and London representative.  At gsub in Berlin, which hosts the Metropolisnet network, we have had a professional association with Rinova’s Director, Richard Parkes, which dates back to 1997 and we are looking forward to working with Rinova to develop the network further and build new and successful ventures”.

Rinova also co-operated with Metropolisnet and gsub on the Erasmus+ application GUIDE+ Good Guidance Stories. This project, which was approved and recently launched in Berlin, builds on a previous project which converts experiences into case studies that provide a basis for training modules and methodologies to inform the continuing professional development of guidance practitioners. Rinova is one of two new partners that is developing a new case study to join those that were developed in the predecessor project. 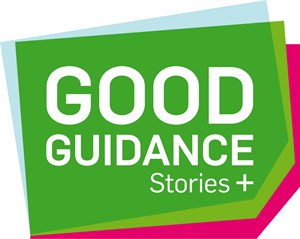