Known as the ERF, this Framework defines eight ‘key competences’ that European citizens require for their personal fulfilment, social inclusion, active citizenship and employability in a changing, knowledge-based knowledge-based society.

Over the last year, Rinova has been working in an international partnership, CERF, which is developing a Certification Standard, including curriculum and training material, aligned to  aspects of the ERF.

CERF – (Certification Standard for European Reference Framework Key Competences) is a two-year project funded by the European Union’s Leonardo da Vinci (Transfer of Innovation) programme.  The CERF project is being co-ordinated by Dimitra of Larisa, Greece, together with other Greek organisations and representatives from Spain, Sweden and Cyprus.

CERF recently published its second newsletter, which can be downloaded here.

Rinova has developed a trainer guide and learning curriculum for the ERF Key Competence ‘Cultural Awareness and Expression’, which was recently discussed along with the curricula being developed by other partners at the CDRF partner meeting hosted by Rinova in Hammersmith, London in September. Rinova’s material will be piloted in partnership with Rinova consortium partners in the coming months, with a view to supporting future induction programmes for new Apprentices. 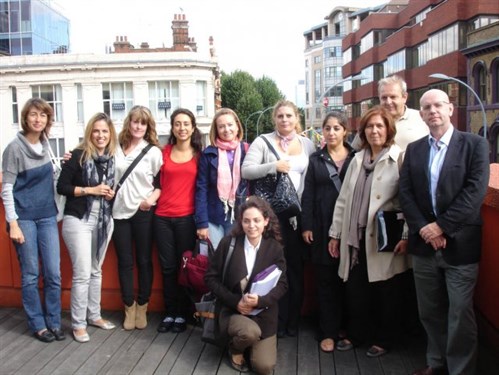 Picture above: Representatives from the CERF partnership outside Rinova’s offices in Hammersmith, London on the 14th September 2012.