The Big Bang partnership was formed to explore the extent to which mismatches between the ‘culture clash’ of work, school and ‘street’ culture is one factor amongst those that are contributing to long-term youth unemployment across Europe.

The partners in the UK are Rinova and 15billion, working with organisations from the Netherlands, Austria, Spain and Iceland. Following the first phase of the project, the partnership recently launched the project website.  To visit the website, click here. 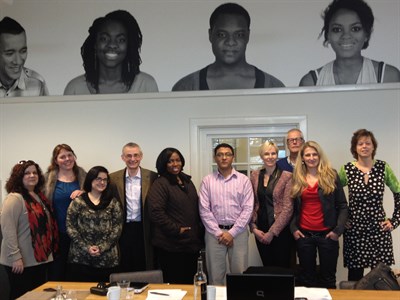 Big Bang is a two-year project, funded by the European Union’s Lifelong Learning Programme and has been running for six months. The partners recently met for the second time in Utrecht, the Netherlands, to review the research that each had undertaken into the situation in their own countries.

The findings from this exercise showed that the partners have many similar issues to tackle – despite youth unemployment ranging from 57% in Spain, to 20% in the UK, to the relatively low level of 7% in Austria. The project’s research findings will be completed shortly and will be published on the project website.

The meeting was hosted by Big Bang’s Dutch partner, APS, at The Colour Kitchen , a unique venture between business and social partners that provides new employment for disadvantaged young people. The partners also received a presentation from Ilias El Hadioui from the Erasmus University, Rotterdam, whose original research on the subject of clashes between street and school culture in urban communities in the Netherlands provided an academic insight to informing the original design of Big Bang.

Richard Parkes of Rinova said “The specific issue of mismatches in expectations between young people and employers is attracting interest from many quarters. The CIPD in the UK recently published a major report about it.  The underlying problem is a lack of jobs, but given all of our concerns about what the Economist calls ‘Generation Jobless’, anything that can help to bridge this gap is to be welcomed”.

The next stage of the project sees the formation of stakeholder Working Groups in each country to review training and guidance programmes developed in the UK and Austria, as well as some of the insights provided by the research from the Netherlands.

If you would like to know more about Big Bang or to be kept informed about the project’s progress, you can register here for regular updates. 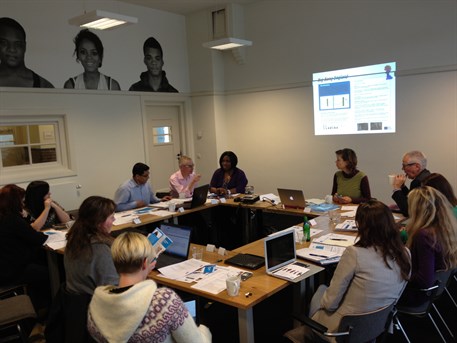 Pictures above and right:  Big Bang partners at the second meeting of the partnership at The Colour Kitchen in Utrecht, held on the 11th and 12th April 2013