Big Bang starts with a Bang! 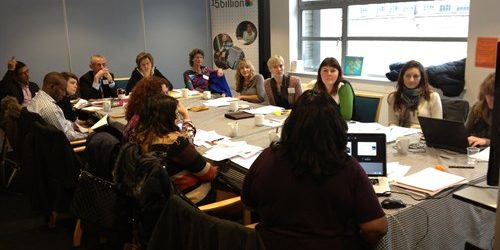 On November 28th and 29th Rinova and its consortium partner 15billion hosted the first meeting of the new ‘Big Bang’ partnership at the Atlee Foundation in Tower Hamlets, with partners from the Netherlands, Iceland, Spain and Austria.

The partnership was formed to explore issues concerned with the ‘culture clash’ between work, school and negative peer group dynamics between young people that can lead to social exclusion and low ambition. Its particular focus is young people who are participating in anti-social/negative peer group behaviour (including ‘gang’ culture and offending) and to address the under-representation of young people from certain marginalised groups.

Big Bang provides 15billion with an opportunity to share and transfer its experiences through programmes such as its pan-London NEET and its Diversity in Apprenticeships initiatives.  These have incorporated ‘Dare2Achieve’ – a programme which focuses on the soft skills and emotional resilience  identified by both the CBI and the International Labour Organisation as critical for young people to be successful in the labour market. It also provides Rinova with the opportunity to share its experiences with the range of youth training and employment programmes currently being delivered through the Rinova consortium.

Big Bang will also draw upon the experience of our Austrian partner, die Berater, which developed the YES programme to support SMEs and HR managers to recruit and retain young people, and APS in the Netherlands which has devloped a theoretical framework for understanding the ‘culture clash’ dynamic between ‘street’, home, school and work. The partnership is completed through the participation of the Icelandic government’s Directorate of Labour and Onageb, a training company in Zaragoza, Spain. 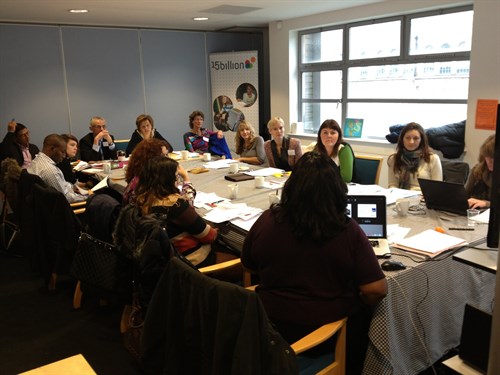 Picture above: Big Bang partners at the kick off meeting at the Atlee Foundation on the 28th November

Over the next two years, Big Bang will take these methodologies and, though a process of comparative analysis, design and testing, will produce new guidance and training materials for its target group of information advice and guidance workers. A specific project website will be launched in the New Year to disseminate project news and results and the partners will hold a major conference in London in September 2014.

This project has been funded with support from the European Commission. This communication reflects the views only of the author, and the Commission cannot be held responsible for any use which may be made of the information contained therein